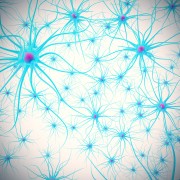 A breakthrough study published in the Journal Acta Neuoropathologica has identified a new neurological disease, primary age-related tauopathy (PART), which is highly similar to – and commonly mistaken for – Alzheimer’s Disease.

Both diseases cause cognitive impairments such as memory loss, but differ in brain pathology. Researchers are hopeful that this new information may lead to the development of more effective, targeted treatments for varying memory disorders, Medical News Today reported.

Alzheimer’s Disease is characterised by the presence of plaques of a protein called beta-amyloid, and ‘tangles’ of a protein called tau, which proliferate throughout the brain. However, patients with PART only possess the tangles, which are exclusive to the medial temporal lobe, basal forebrain, brainstem and olfactory regions – incidentally, areas of the brain that are closely linked to memory.

Prior to this study, memory-impaired ‘tangles-only’ patients were considered to be “either very early-stage Alzheimer’s or a variant of the disease in which the plaques are harder to detect”, according to a University of Kentucky study.

And yet, in-depth studies have failed to detect the presence of abnormal beta-amyloid in the brains of these patients, meaning that the subjects did not develop beta-amyloid plaques and hence cannot be diagnosed with Alzheimer’s.

This new information brings two distinct advantages. As with many degenerative diseases, early detection and diagnosis is vital to successfully treat patients before irreparable damage occurs.

"Until now, PART has been difficult to treat or even study because of lack of well-defined criteria. Now that the scientific community has come to a consensus on what the key features of PART are, this will help doctors diagnose different forms of memory impairment early,” co-author Dr Peter T. Nelson of the Sanders-Brown Center on Aging at the University of Kentucky said in a research article published on the university’s website.

“These advancements will have a big impact on our ability to recognise and develop effective treatments for brain diseases seen in older persons."

Furthermore, PART patients may negatively impact the results of clinical trials for Alzheimer’s medication, as these drugs are ineffective against tangles. A more accurate diagnosis may help to improve the accuracy of such trials.

Although the researchers are currently unable to determine how common PART is, studies have shown that of the patients suffering from mild cognitive impairment, which had undergone brain scans and were tested for both beta-amyloid and tau, 25 percent tested negative for abnormal beta-amyloid, suggesting that they have PART.

It is also worth noting that researchers have observed a higher prevalence of PART in the elderly; the reasons behind this remain unknown.