Body Parts & Conditions That Can Be Treated With Liposuction in Singapore

Launched in 2007, VASER® Liposuction can produce even and smooth body contouring results and can be performed on multiple areas of the body. Here is a non-exhaustive list of areas and conditions that may be suitable for this procedure.

VASER® Liposuction is an improved form of liposuction that utilises the assistance of ultrasound wave energy to emulsify stubborn fat before removing the melted fat tissues via suction. This is a targeted and gentle process as compared to traditional liposuction as the VASER probe only directs its energy to fat tissues, leaving other important connective tissues relatively untouched, making the fat removal more efficient and safe.

Below is a non-exhaustive list of areas and conditions that may be suitable for this procedure.

Armpit fat or axillary fat is common among adults and often caused by excess weight, although hormones and genetics may also play a role. There are no spot reduction exercises to rescue its appearance. The most effective solution is to surgically remove the fat via liposuction.

Saddlebags are called as such due to their physical characteristics. They are caused by stored excess fat on the outer thighs, creating a "bag-like" appearance. It is a common problem among women, as they are genetically predisposed to store fat on the hips, outer and inner thighs. This primarily affects women who are Pear Shaped, where their lower limbs tend to appear disproportionate and heavy.

Cryolipolysis is a non-invasive fat reduction treatment that works by crystallising and disintegrating the fat cells which eventually leave the body as waste, resulting in marginal slim down on the treated area.

One serious side effect, although rare but not uncommon, is known as "Paradoxical Adipose Hyperplasia" (PAH), or in layman terms, is known as the "stick of butter" effect. Instead of gradually shrinking, the treated area after fat freezing actually increases in size. It becomes firmer than surrounding tissues, resembling a "stick of butter" appearance that resembles the shape of the fat freeze applicator.

Patients who develop PAH will have to live with this bulge for 6 to 9 months until the fat is softened enough to be removed safely and the only remedial option is liposuction.

The name may invoke a delectable pastry, but the inference is far from desirable, for many. Muffin top or belly fat is arguably one of the more dreaded physical appearances and rightly so as it is hard to conceal and eliminate. Hormonal changes are a huge cause, particularly among women, who seem to be more susceptible to this condition.

We all know about the unflattering 'bingo wings'. They are loose flesh that hangs from the upper arms and wobbles as we move our arms around. They are the reason we shy away from sleeveless tops, and why we always pose with our hands on our waist for photos. There are many reasons why people have bingo wings. Genetics is one of the reasons. Some people are just predisposed to them because the areas under their arms are more susceptible to fat growth.

Another equally misleading moniker is the banana rolls. These are crescent-shaped fat folds that appear under the buttocks. It can happen to anyone regardless if they are overweight or otherwise. An individual can seek a fix in the form of exercise, diet and so on but banana rolls are not easily eliminated.

Pseudogynecomastia is the accumulation of excess fat, particularly in the chest area. This is a common issue in men due to the way a man's body stores fat. While it significantly differs from gynecomastia, the term "pseudo" should not be taken lightly as it is a real problem. Additionally, it is best to seek qualified advice to determine the true nature of the condition, whether it is gynecomastia or pseudo gynecomastia.

VASER® Liposuction is a form of liposuction so it should only be performed by a trained, qualified and accredited doctor Being also a body contouring procedure, it is equally essential to seek treatment from an accredited doctor by the Ministry of Health Singapore who understands aesthetics and can better advise on achieving the desired and realistic goals.

With more than 15 years of clinical experience in VASER Lipo, Dr Ivan Puah, a liposuction doctor in Singapore and Medical Director at Amaris B. Clinic, has designed his unique body sculpting approach, called the MDC-Sculpt®️ Lipo technique. This unique liposuction technique removes the melted fat while sculpting the body. His MDC-Sculpt® Lipo technique, it allows thorough fat removal on the area, which will constitute a more desirable cosmetic outcome as the scarring is reduced to the bare minimum.

Dr Ivan Puah is also a VASER Certified Physician. He was trained in Colorado and Argentina for VASER Body Sculpting and has undergone training by renowned French plastic surgeon, Dr Pierre Francois Fournier, in syringe liposculpture. Dr Ivan Puah is the  Chairman of the Lipo Peer Review Committee in Singapore.

Amaris B. Clinic, Your Aesthetics, Sculpting & FItness Clinic in Singapore

This year, Amaris B. Clinic is adding one more accolade to its name: its VASER Lipo with MDC-Sculpt® Lipo technique has been crowned Best Innovative Treatment (Editor’s Choice) in the Daily Vanity Spa & Hair Awards 2021!

What further distinguishes Amaris B. Clinic from its peers is that it’s more than just another aesthetic clinic. Amaris B. Clinic has expanded its menu of comprehensive treatments and services to include integrative medicine such as weight loss, fitness assessment, pain management, sports injury rehabilitation, and myotherapy. 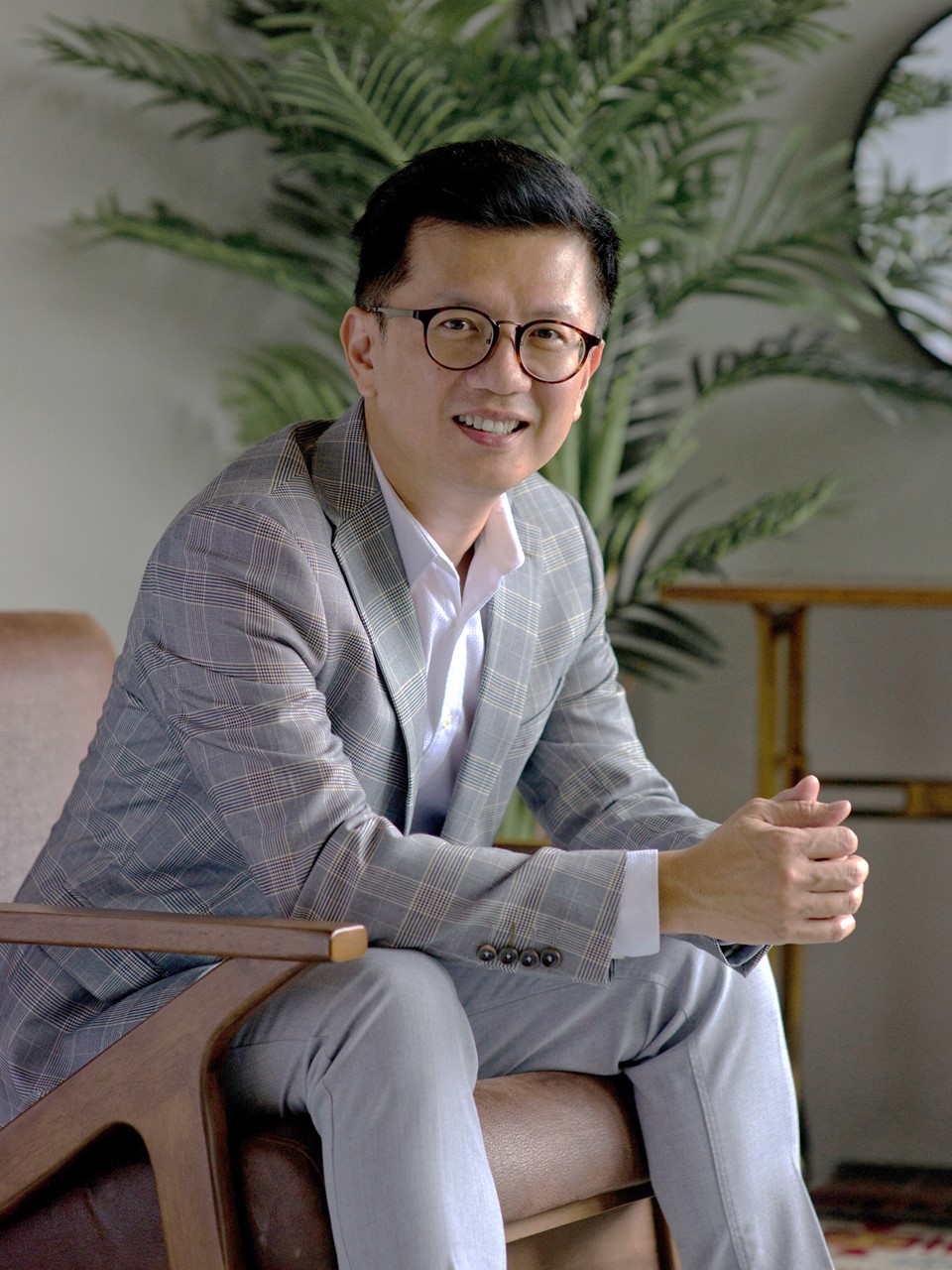 Depending on your objective, a quick weight loss may not be a myth after all.

Dr Puah’s of Amaris B experience in body sculpting treatments.

CANCER OF THE OESOPHAGUS – A bitter pill to swallow

Cancer of the food pipe/gullet (oesophagus) is the 8th most common cancer and the 6th most common cause of cancer-related deaths worldwide. Most of us will experience a few episodes of heartburn or the sensation of bitter taste/acid in our mouth on a monthly basis and this is a common aspect of modern life causing no concern. It may be triggered by the food we eat, poor eating habits, stresses in life, medication, being overweight or habits such as smoking and alcohol. Most of us would take a short trip to the local pharmacy for an acid remedy or make an appointment with the local family doctor for treatment. However, when it becomes intractable and constant, it becomes a worry as this may be the first sign of oesophageal cancer. When cancer develops and enlarges, there will be a sensation of food begin stuck at the throat or in the centre of the chest. Eventually, it may lead to the inability to swallow anything (dysphagia) as cancer grows and the opening of the food pipe becomes completely blocked. Swallowing of water, food or pills becomes impossible. It may also present with vomiting blood or unintentional weight loss.

‘’Gastric pain’’ can be a sign of gallstone disease

Did you know that what many people think of as ‘gastric pain’ may be a sign of gallstone disease instead? Many patients don’t realise that abdominal pain and vomiting are also symptoms of gallstone disease. Typically, 80% of the population with gallstones do not have any symptoms. However, gallstones can cause problems. This is what you need to know.

Fat Freeze Treatment: Does It Work & Is the Procedure Safe?

Not everyone can lose weight or burn fats that easily, which is why some people would look at other options such as cosmetics treatments and other non-invasive treatments to help them slim down. For this reason, fat freezing treatment is growing in popularity as more people are turning to the procedure to freeze away fat. But how effective are the fat freeze treatments and do they work?