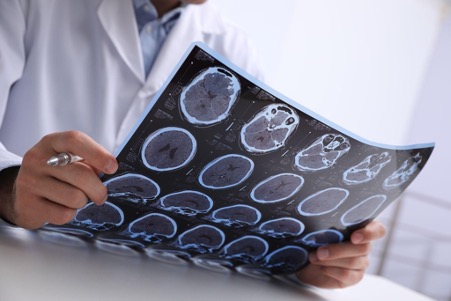 Compared to conventional open surgeries that involve large cuts down the skin and bone to access important structures in the brain and spine, surgical incisions in MIS are usually smaller and lead to lower chances of damage to the surrounding soft tissue and brain tissue.

Minimally invasive brain surgery, including endoscopic surgery, is a modern technique used in neurosurgery to treat various neurosurgical conditions, including brain and spine tumours and movement disorders. It is a relatively safe treatment modality, and its benefits include reduced hospital stays, faster recovery times, and a lower risk of postoperative complications such as bleeding, infection, and pain due to its minimally invasive nature.

What is minimally invasive brain surgery?

Traditional brain surgeries (i.e. craniotomy or craniectomy) require removing part of the skull to access the brain and the structures within the skull. In contrast, MIS usually involves making tiny cuts in the skin and a minute 1-2cm access made in the skull, through where a small endoscope is inserted, along with miniature tools, to biopsy or resect the tumour. This causes less inflammatory reaction and damage to the surrounding brain tissue, blood vessels and nerves.

The entire procedure is image-guided using IGS, providing the exact location of the lesion and important areas in the brain for the neurosurgeon. Image-guided endoscopic brain surgery allows the neurosurgeon to remotely control technology and manipulate the instruments with panoramic view and clear vision, providing greater depth perception, range of movement and accuracy. This combines the surgeon’s skill, critical thinking and eye for detail with the precision of a machine.

Potential advantages of MIS compared to open craniotomies include:

The recommended type of surgery depends on the neurovascular condition you may have and the severity and complicated nature of the underlying disease. Associated complications are also taken into account when deciding on appropriate treatment. Most commonly, endoscopic brain surgery is used to treat brain tumours and stroke due to bleeding. As such, the ideal surgical approach depends on the specific tumour cell type, its grade, and its location.

Regardless of the route chosen, the main aims for surgery are usually to ensure all of the tumour (if present) is removed and to minimise damage to surrounding structures and long-term complications of surgery, such as nerve damage, bleeding, and infection.

Minimally invasive endoscopic brain surgery can be used in the treatment of multiple conditions such as:

What to expect for minimally invasive brain surgery

Before the surgery, your doctor will first obtain a thorough understanding of your condition by getting a detailed personal and family medical history, understanding your symptoms and by running several neurological examinations. This allows your doctor to confirm or rule out any possible conditions and discern what treatment would be best.

After which, further details of the operation will be explained to you, including your risks, benefits, complications, and alternative treatment options.

During the surgery, 1-3 small cuts will be made through your skin on your scalp and into the skull, instead of 1 long cut and drill that is commonly seen in traditional open craniotomies. An endoscope is inserted through one of the incisions or natural pathways in the skull base. This will allow the surgeons to visualise and perform surgery on the target areas. After the surgery, the instruments and camera are removed, and your skin incisions will be closed with sutures.

Typical hospital stay varies and will be discussed with those who undergo minimally invasive brain surgery. The duration is usually around 1- 2 days, as compared to those with open surgery who may take up to a week and who may need rehabilitation. Painkillers may be given after the surgery, and once you are better, you may be encouraged to walk around as soon as you can in the ward. The total recovery time varies among different patients, and complete recovery may take several months. However, it is worth noting that given the minimally invasive nature of MIS, recovery time for patients tends to be much faster and complication rates are lower.

Thankfully, we are at the forefront of medical innovation and research, where better techniques and devices have opened up options to treat a variety of neurological conditions through safer means with improved patient outcomes. However, it is still important to note that while MIS is a newer technique and is more often than not the first line of treatment, in certain cases, a traditional approach is the better option. This can be in the case, for instance, in certain types of brain tumours where there remains a role for larger, conventional craniotomies.

Ultimately, it is important to have a discussion with your doctors about the different types of surgical options available to you for your diagnosis, as well as whether or not MIS or open surgery is the better option for you.

Dr Sein Lwin is an experienced Senior Consultant Neurosurgeon and is the Neurosurgical Director at the Advanced Brain and Spine Surgical Centre. 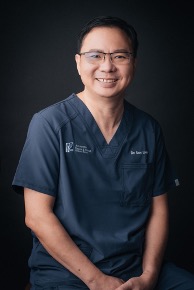 More people have been diagnosed with paradoxical adipose hyperplasia (PAH) in recent years as a side effect of fat freezing.

Many people continue to experience chronic pain for long periods of time, despite advances made in its understanding and treatment. Expert Pain Management Consultant, Prof. Dr. Nizar Abd Jalil from KPJ Sentosa Specialist Hospital in Kuala Lumpur shares his experiences in the field of Interventional Pain Management using non-surgical methods with minimal side effects.

Increase your chances of conceiving with TCM

According to the World Health Organisation, infertility is defined as the failure to achieve a clinical pregnancy after 12 months or more of regular unprotected sexual intercourse.