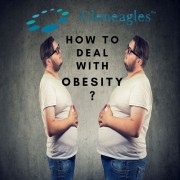 Vietnam and India have the lowest rates of obesity in the Asia Pacific (1.7 % and 1.9 % respectively). Malaysia has the highest obesity prevalence at 14 % in the South East Asia region, with Thailand next in line (8.8 %). These figures fall far behind those in the Oceanic countries, with 26.8 % obesity rates in Australia and 28.3 % in New Zealand. The prevalence of obesity in these countries is similar to rates seen in the United Kingdom (26.9 %) and the US (33 %)

These two modern twin epidemics of obesity and diabetes, the latter fuelled by the former, show no signs of abating. Rather they contribute to an associated epidemic of cardiovascular disease.

Bariatric Surgery (or Weight Loss Surgery) is a procedure that helps and targets towards treating individuals with excessive obesity.

“Although Bariatric Surgery is originally designed to promote treatment to the obese patients, today the term ‘Metabolic Surgery’ is used as it has remarkable positive outcomes for those with metabolic syndromes such as Type 2 Diabetes”, said Consultant General & Upper Gastrointestinal Surgeon, Dr. Yeap Chee Loong.

In addition to that, the STAMPEDE study, which is a landmark paper published by The New England Journal of Medicine supports that Bariatric Surgery has proven its effectiveness with significant improvements to Type 2 Diabetes obese patients, compared with pharmaceutical intervention.

“Obese diabetic patients who had undergone Bariatric Surgery had a greater capacity to control blood sugar with much lesser diabetes medication. Apart from weight-loss goals, it simultaneously leads to a healthier lifestyle and can definitely change a person’s life for the better”, he said.

With more research, recently in Asia shows that the effect of Bariatric Surgery is profound in pre-existing diabetes patients.

While diabetes is viewed as a chronic disease, Bariatric Surgery offers an unprecedented change; major improvement or even complete disease remission.

Amongst insulin-dependent patients, this surgical treatment shows a greater reduction in insulin usage hence it can effectively improve or even resolve diabetes.

Dr. Yeap said Metabolic Surgery is recommended as an option to Type 2 Diabetes overweight and obese patients, according to the Clinical Practice Guidelines 2015 by the Ministry of Health of Malaysia.

However, the formidable challenge is the prejudicial attitude towards Bariatric Surgery in the general public, the Consultant said.

Besides, the lack of motivation and public awareness amongst the high-risk group remains as an obstacle. Dr. Yeap also said, financial help for Weight Loss Surgery is a struggle for many patients despite it is important in refining their health and lifestyle.

“It is most important for practitioners to educate diabetes with excessive weight patients to mark Bariatric Surgery or Metabolic Surgery as the treatment option”, he said.

This operation can be performed laparoscopically in comparison to the open surgery. Laparoscopic Sleeve Gastrectomy & Roux-en-Y Gastric Bypass are two of the more commonly represented in Bariatric Surgery.

These procedures aim to make the stomach smaller, which results in one’s ingested food amount to reduce, and consequently you will feel full with less food.

Not only that, but hormone physiological changes after Bariatric Surgery also provide a marked improvement in sugar control.

“For most patients with diabetes and excessively overweight may have the chance to view life in a totally different way after Weight Loss Surgery. Together with good aftercare, this is a life-changing surgery”, elaborated Dr. Yeap.

“Imagine the weight loss journey for some of these obese individuals who are now running a marathon, at the same time effectively achieving their ideal healthy-weight”, he said.

Depending on your objective, a quick weight loss may not be a myth after all.

Dr Puah’s of Amaris B experience in body sculpting treatments.